Animal lore: an introduction to the Birds of Paradise 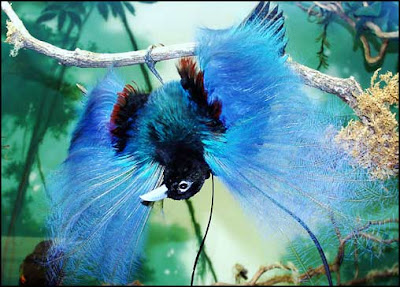 Not sure how many of you know, but in pau pau new guinea, there are a group of birds which have had a very easy going time for quite an eon. They are called the birds of paradise [wiki reference] for a reason. They live with an excess of food options in a perfect climate and they have no predators to speak of. They live in what we would call "Paradise".

So, what happens to a species when they reach the peak, live in ‘paradise’ and don’t even have to spend any time looking for food?

The birds of paradise are perhaps some of the most bizarre creatures on the planet [well, next to the shaved monkeys that is]. Some of them are fanatic cleaners who scrub branches with sticks and fabricate brooms to "sweep" the floors, and remove all the leaves from their homes. Other’s have evolved vastly complicated and flamboyant plumage which looks more like the 60s clashing with the 80s in a circus tent than a bird. 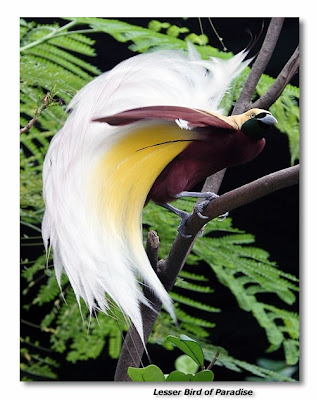 Others developed dances, complete with performance publics, some moon walk, most do pre-preparations, curtsying, and head plumage which they move by rotating their heads round and round…

some of them also form their wings into the image of a black mask and prance around, while others push their heads into their shoulders and their heads vertical to form long cones of brushes… this may all sound crazy, cause it really is. You can also view a short excerpt of a program that was all about them on the BBC:

Here is a video of many of the birds of paradise, but especially the ones that form the amazing black masks

Dancing doesn’t stop there though, cause here is a video of another species of birds of paradise that do "moon walks" [complete with Michael Jackson music]

We also have the worlds most amazing mimic, the lyre bird [wiki reference]. 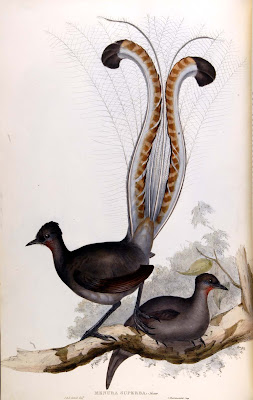 The lyre bird is so good at imitating sounds, that it can imitate camera shutters, camera zoom, chainsaws, car alarms, saws + all the other birds around it so completely that human and other animal alike are all fooled by its calls. Disturbingly though, the sounds of chainsaws and saws are actually the sounds of its eminent destruction as poor local populations are lured by the export profits of wood and chop down their own national treasure + these birds homes for short term profits…

watch a video of the lyre bird.

It’s little glimpses of other worlds like these that help to remind us to be humble.

Some more photos I found for your pleasure: 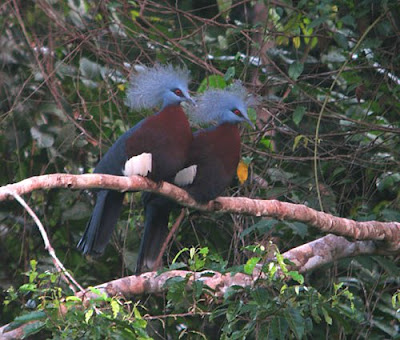 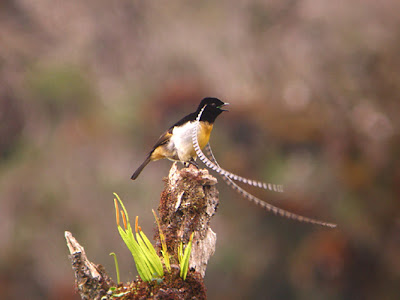 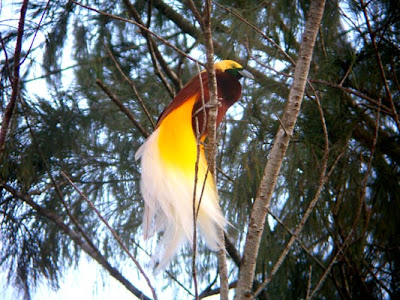 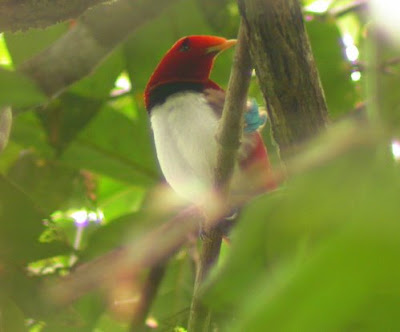 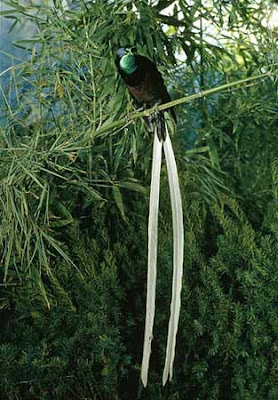