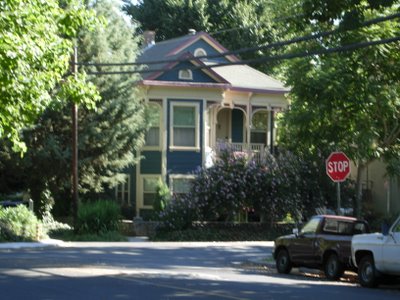 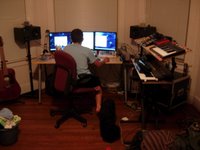 Well Brandon and I never did manage to jam music together, somehow after burningman the brain just isn’t able to wrap itself around all this techno-mumbo-cabelo. Definetly a shame, but it also feels ok, all in all it was really nice to meet Brandon and get to know him [hi Brandon!], internet is great!

After a day recovering at Brandon’s i went down to Menlo Park, where the rich yuppies who feed off the ultra rich yuppies live. An entire economy of suburbia; very well off people from San Francisco right down to San Jose. Thats 80 miles of “grande low fat decaf double machiatos please”, fancy cars the size of busses and nice wide streets. Though I must admit, something secret has to be added to the coffee here, its freakin addictive! And I have rapidly re-developed a love for that elusive ‘tall single soy latte’ myself… [bad seb bad! oh but its so good!!! no its bad!!! bad seb bad!!!]… yes, life is hard. 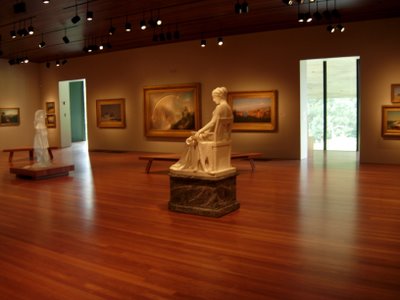 Mid week I went back up to San Francisco for a day, in a feebel attempt to get my hair dreaded, but I was told it was too short, and sent back on my way, bummer! So for now, I still won’t have dreads, in Australia I suppose is where it will happen then. 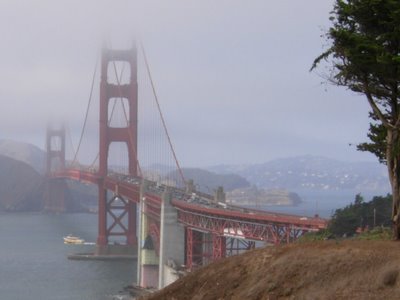 I also spent some time in art museums, looking at american heritage [cough cough], and trotting around the golden gate bridge [click click]. 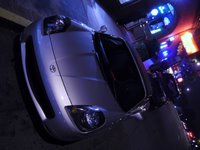 Afterwards it was a very lovely evening with Nick, who managed to avoid my camera, but not my heart! Fortunetly his fancy car wasn’t as timid, so you can drool a little on that instead… 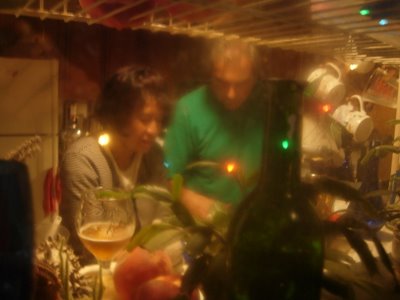 Dave and Paki’s were very sweet to let me stay in their house, I wish them all the best with their difficult situation, it certainly was nice to spend time with them; reminded me of the good times when I used to live in San Francisco. 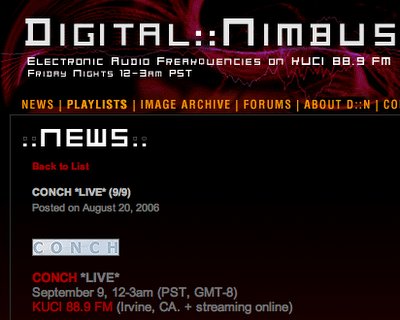 A pop in two planes and some sound effects latter, and here I am in Lala land. Off to LA to play live on the radio at Digital Nimbus!

The radio performance went very-very well, and we had our first ever live interview too! A link to the performance at digital nimbus will be provided soon, for all the people who missed it.

So I am two days away from life in Tahiti! Between you and me, I can’t wait! The culture in the states is making me go crazy and its a real test for my patience, speak to you soons! 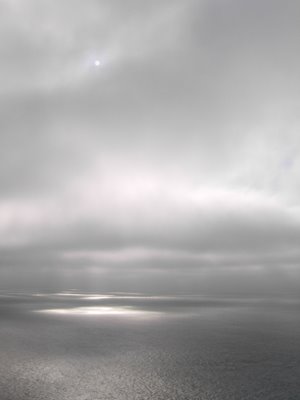 Love to all,
Seb.